We want to create an ethical, democratic, egalitarian, and environmentally sustainable business that can survive financially as well as help other similar co-operatives to develop.  We want to encourage organic production to support your health, farmer’s health and the health of the whole environment.

We are a small group of 7 part-time workers:  Cielle, Colin, James, Kerry, Leslie, Michelle  and Tallulah.

We began in 2012 and after 12 months became a formally registered worker cooperative with the Queensland Department of Fair Trading.   It is the workers that run the business.  We all have an equal vote and are committed to reaching decisions by consensus.

The co-op is not owned however by the workers.  Workers do not have a financial investment in the co-op.  The wealth of the co-op belongs to the community and if we cease operation we are required by law to give all our wealth to another similar community group or co-op.  So effectively The Gap LOCO is owned by the community, but run by the workers.

We are a social enterprise which is experimenting with a different way of doing business, one which is community based. 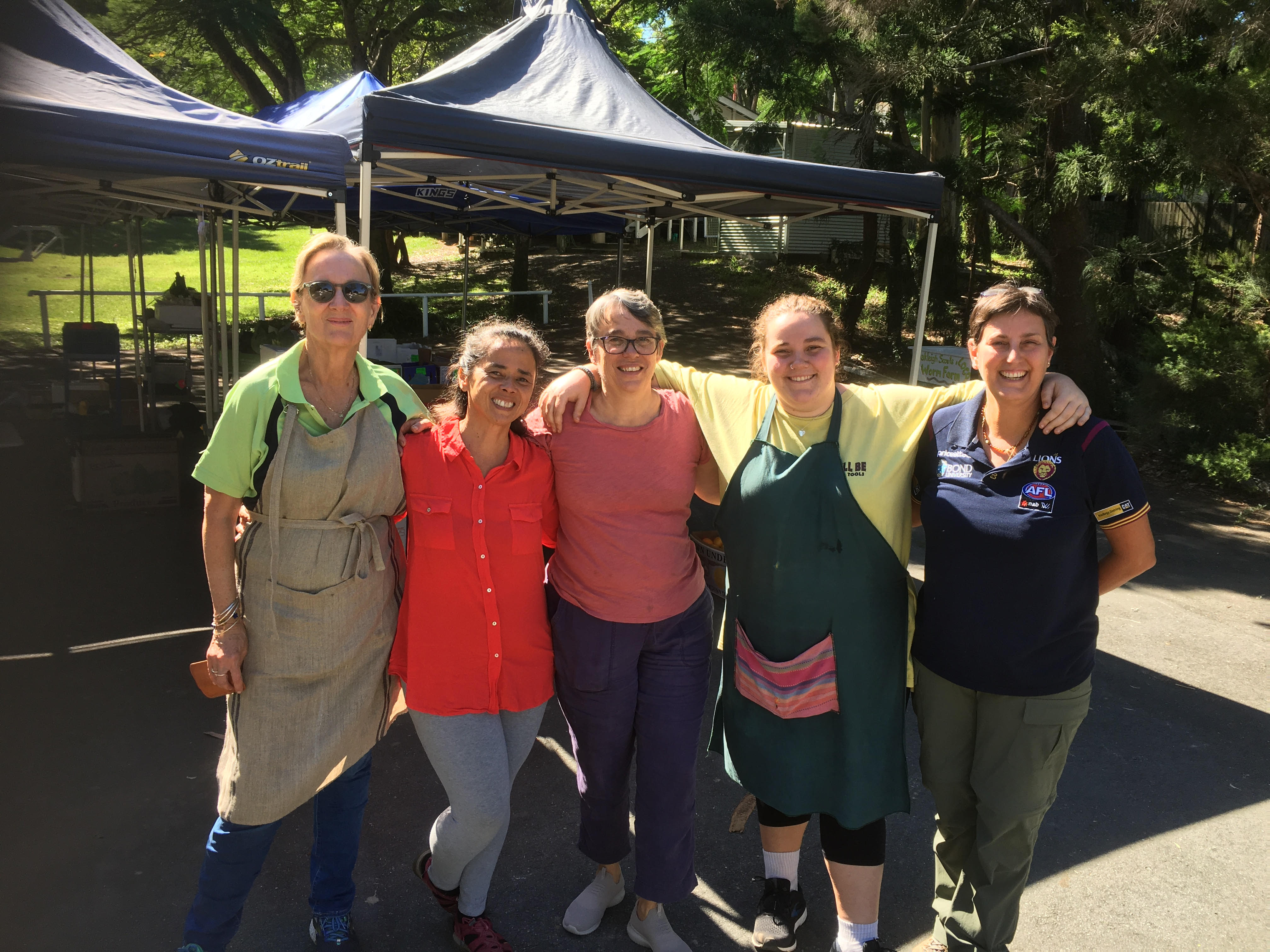 Our aim is to make organic food more affordable and accessible; support farmers and provide an alternative way of doing business that’s good for you, the farmers, the workers and the planet.

- To make access to organics and other ethical and environmental products easier to purchase and cheaper for people in our local area.

- To support the hard work of organic farmers and workers from ethical enterprises, here and in developing countries, by building a community of local consumers who trade with and provide other support to these enterprises.

- To provide a model of innovative business based on the values of cooperation, community and environmental sustainability, rather than conflict, self-interest and unlimited economic growth.

-To develop the business as a profit sharing, self-replicating, worker cooperative.

-To create sustainable paid work for the cooperative’s members by running an efficient profitable enterprise, in which the workers enjoy full democratic participation in decision making.

- To actively support the development of other similar cooperative enterprises by sharing knowledge and resources.

- To financially assist similar cooperatives to get established.

Colin and Michelle Peile had been running a small organic buying group since 2004.  In October 2012, Colin and Michelle approached their customers about working together to build on the buying group to develop a new style of business, one that was based on co-operation and a concern for the community and the environment.   The Gap LOCO emerged out of these conversations.

Colin and Michelle’s buying group had been providing organic fruit and vegies to a loyal band of about 20 regular customers.   A meeting with Deb Leigh, Stewart Jones, Monique Filet, Kate Donnelly, Michael Finn, Michele Ferguson and Rob Gaines decided to try to put into practice this new style of business.  This group began looking for people who wanted to be workers in the co-op and others who would form a reference (or support group) to help develop and implement the whole idea.

The new co-op started in January 2013 with Deb, Col, Michelle, Kate and Monique as workers.  Kate joined soon after and Camille in 2014. On the 29th October, 2013 after a long process we obtained our registration as a worker cooperative under the Cooperatives Act of 1997.  Having got our unique rules approved by the Office of Fair Trading means others who would like to adopt our model will be able to do so more easily.  More can be read about our approach under "a new model"

In June 2014 we partnered with Save Our Waterways Now (SOWN) environment group to renovate their shed at Yoorala Street and fitted out the back half of the shed into a retail shop space.  The shed is owned by Brisbane City Council.

In November 2015, SOWN under pressure from BCC reinquished the lease to The Gap/Ashgrove Men’s Shed.    Unfortunately, The Men's shed were not prepared to support and share the space with the Gap LOCO and after 4 years we will have to find a new place to operate.

After 2 years back under Colin and Michelle's house we finally have found a new community based home.  The Local scouts have made available some space at one of their facilities and we now have a place where we can grow and develop.  It will allow us to expand our homedelivery numbers and to have a pop up shop on Mondays as well.  Hopefully with your support we will be able to have a pop up shop on other days as well.

Our model provides a new style of business that is based on the values of co-operation, community and environmental sustainability rather than the values of conflict, self-interest and growth which underpins much of the existing approaches to business.

We want our model to survive within the competitive capitalist environment and also to encourage and support the emergence of other similar cooperatives.  Idealistically, we are experimenting with an approach we hope that could transform the current system.

We are looking for a style of business that:

* is democratic and under the control of participants

* is egalitarian in sharing wealth not just within the business but with the whole community, locally and internationally

*allows people to get involved in small ways at their own pace and at a level they feel comfortable;

* and one that could theoretically replace capitalism at all levels and still provide for us all, if everyone decided to get on board.

The current market exchange economy rewards and encourages the values of self-interest competition, growth, and materialism.  Such values can lead people to treat each other in instrumental and exploitative ways in their work relationships but increasingly also in family and personal relationships.

The profit at all costs approach and the need for constant growth to keep the capitalist system working has also led to increasing pressures on our natural resources and to environmental damage and now to the potential of environmental catastrophe through climate change.

The current capitalist system is becoming the dominant system across the globe.  It is reaching into and transforming traditional 3rd world communities and what were previously socialist states.  Governments are beholden to it and while governments may try to curtail the worst aspects of this economic model, ultimately they are dependent on it and so must act to support it and to reinforce its values and practices.

It  will be up to ordinary people to try to resist the imposition of individualistic, short term values and to try to hang on to values of community, co-operation, concern for others, and care for our environment.   Our model is one attempt to do this, it involves 4 key features.

Rather than having owners and employees the business takes the legal form of a worker co-operative where everyone is an equal owner and director of the business.    Rather than having a hierarchical structure of decision making we all have the same say and an equal vote.   To be even more democratic we have also adopted a consensus style of decision making rather than a simple majority rules.  To this end it is best to not have too big a group so that everyone has space to participate in discussions.

Any profit will be shared 4 ways:

Workers are paid the minimum hourly rate (according to the award) plus their profit share.   Profit shares for workers are in the form of credits for future purchases.   This distribution of profit provides some incentive for workers and customers to improve the business and resources to do so as well as setting aside funds to help new co-ops start.

By sharing our financial accounts with customers, they will know exactly how the business is doing, what workers are being paid and how much profit share they might gain.  They will hopefully feel part of what we are trying to achieve.  It means customers in the act of buying food can, at the same time, be looking after the environment, creating work in their local area and supporting a new community enhancing business model.

Our ambition is not to keep getting bigger and bigger like other businesses, but rather to keep a local focus.  So at some point in our growth, the aim would be to divide into two, splitting up the geographic areas covered.  The reason for this is to keep each co-op under the control of the workers and close to the customers.  This is why some of the profits would go to helping another group start, then each in turn helping others to get going.  Our dream is to set up a network of supportive and likeminded co-ops that would be able to support each other in promotion, purchasing, and in lots of other ways.

Attempting to implement the above model has provided many challenges.  It involves learning new skills and ways of relating while at the same time trying to survive financially in a competitive environment.  We hope to keep learning and refining our model and approach.

Prior the formation of The Gap LOCO, Colin and Michelle had run an organic home delivery business for over 10 years and had been involved in organic growing for over 30 years.  They ran the POD organic vegie farm on Payne Rd and then later an organic macadamia farm at Traveston. They are also currently keenly involved in both the Yoorala St Community Garden and the Balaangala Reconciliation Group Garden.

James has been growing organiclly for many years and has been involved in in POD farm, Northey St cith farm and the Yoorals st Community Garden.  He is a chef and also runs a catering business.

Lesley is a qualified Nurse and Chemist and a keen organic gardener.

Cielle is an art therapist who is doing further studies. She is interested in natural dyeing and combining eco (nature therapy) and art therapy.

Tallulah is our youngest worker and has been dragging our older workers in to the 21st century and looks after Instagram and facebook for the LOCO.  She is also a keen dancer and dance teacher

As well as the workers in the co-op, we have the support of customers who not only want this LOCO to be successful, but are committed to promoting this new, ethical way of doing business.  We are very thankful for this support over many years. 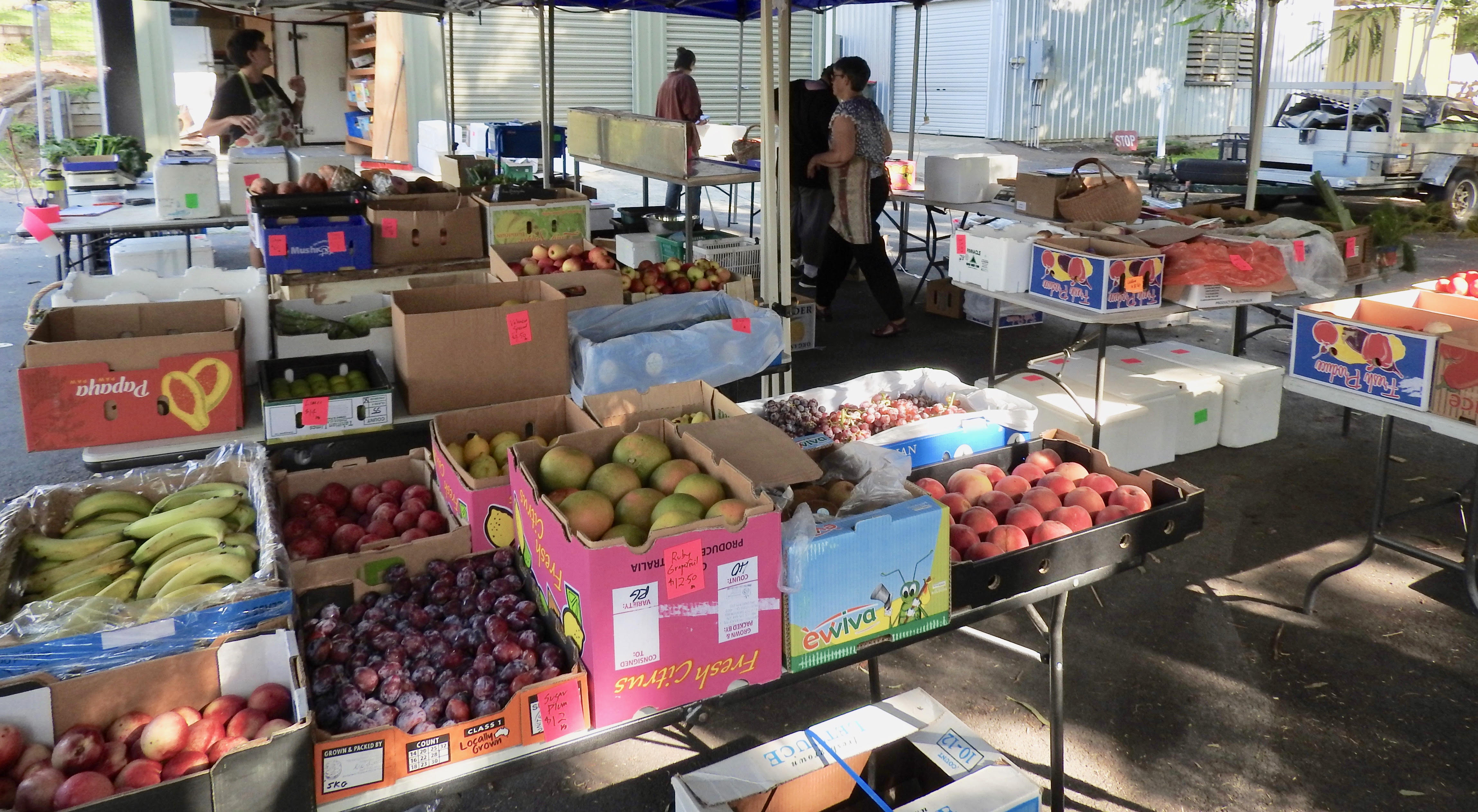